Mission
FamilyMeans strengthens communities by helping individuals and families* through challenges in all life stages.

Vision
FamilyMeans envisions vibrant and resilient communities where everyone lives to their fullest potential.

*Definition of Family
A family consists of people, whether living together or apart, related by blood, marriage, adoption, or the commitment to care for or about one another.

Early 1960’s
In June of 1962 a committee was established by the St. Croix Area United Way with the intent to survey Stillwater and the surrounding area for a need for family services. It was found that there was a strong need for counseling services in three main areas; marital problems, child guidance, and financial planning.

1963
On July 1st, 1963, Family Service of St. Croix Area is established. Dawson Bradshaw is named first executive director. The first year, 125 families requested services. From then on the need for services continues to grow.

1997-1999
Arba-Della Beck is hired as the agency’s fourth leader and named president.  In an effort to become more relatable and differentiated, Family Service St. Croix changed names again to FamilyMeans. Awareness continued to grow. We were now providing mental health counselors in a number of Stillwater area schools.

2000-2003
Imagine…The Campaign for FamilyMeans is successful and results in the new construction of a headquarters in Stillwater.

2012
The Center for Grief, Loss, and Transition in St. Paul, Minnesota merges with FamilyMeans. This site on Grand Avenue provides specialized counseling in the areas of complicated grief, loss, and trauma.

2013
FamilyMeans celebrates a half-century and is named by the StarTribune as one of the metro’s best employers.

2018
June 2018 marks the agency’s 55th year of operation. We continue to strive to support the community by providing support services that help to face life’s challenges. 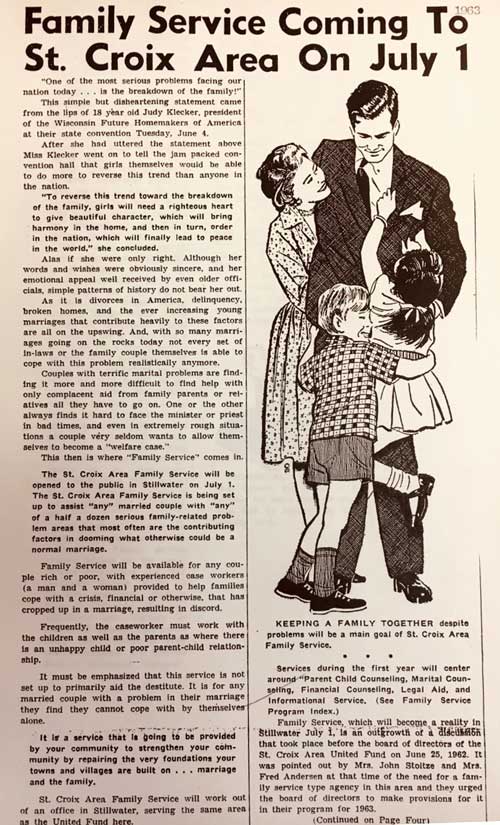 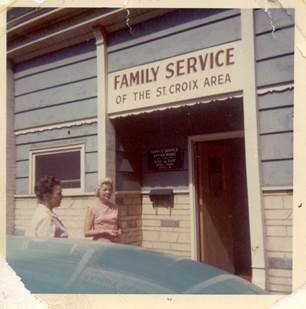