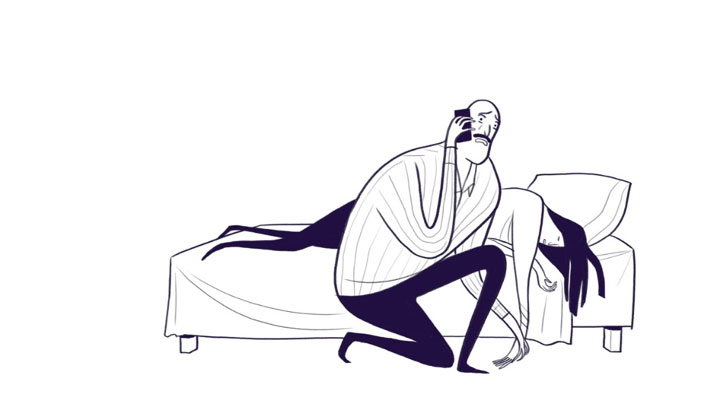 The Opioid Crisis and Those it Leaves Behind.

"Cathy Fennelly tried to save her son from heroin addiction. For eight years, she tried to help him get sober. She told him he couldn't come home unless he was in treatment. It tormented her, knowing that he might be sleeping on the streets, cold at night. But nothing worked. In 2015, she found him dead from an overdose on her front doorstep."

When you think of someone addicted to opioids you likely don't think of upstanding citizens, those who are supporting a family, holding a full-time successful job, or in college. In fact, many of those who are addicted to these drugs do fit this description, and you are likely close to them, possibly without even knowing.

In the last two years, the total number of millennial deaths has increased so much that the overall life expectancy for US citizens has decreased. This rise in the number of deaths can be attributed to an increase in overdose deaths from opioid use, which is totaling over 52,000 each year. As a result of this epidemic, President Trump declared a public health emergency in October 2017.

Accidental drug overdose deaths leave a wake of grieving mothers, fathers, family members, friends, colleagues, classmates...the list goes on. This grief is complicated. Grief is already a very isolating experience, and for those who have lost a loved one to an overdose, the experience is ever the more isolating and disconnecting. FamilyMeans Center for Grief and Loss counselor, Molly Ruggles PsyD LP says, "People don't know what to say or how to be with those grieving a death due to an overdose. This can really impact relationships that were present before a loss. And for those grieving an overdose death, it can be complicated and confusing to figure out how and when to share about their loss with new people in their lives. Sharing can be uncomfortable, but not sharing can really limit how close they can get to others". Those left behind deal with a host of complicated emotions and reactions, including sadness, anger, regret, blame and even relief. Parents may feel like they have failed by not protecting their children from this addiction and eventual death. The impact on the entire family is so strong that many call addiction a "family disease".

Families and individuals heal from a loss due to an overdose in a multitude of ways, including use of individual and family therapy, attending support groups, working in teams to change legislation surrounding opioid use, and more unconventional tactics such as the "Let it out" support group which focuses on boxing to let out emotions. FamilyMeans Center for Grief & Loss specializes in supporting the healing process of individuals and families who have suffered a traumatic loss and are coping with complicated grief. Contact us today at 651-641-0177, we are here to help.